What Is a Good Settlement Offer in a Personal Injury Case? 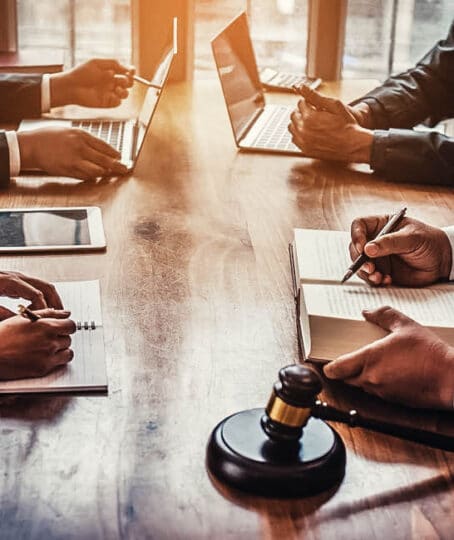 When do Injured Parties Usually Receive a Settlement Offer?

Usually, damages in a personal injury claim are divided into economic, non-economic, and punitive damages. Economic damages serve to compensate the injured party for the economic losses that he or she has suffered because of the injury. These damages or losses included property damage, medical expenses, prescriptions, loss of income, and other financial expenses associated with an injury.

How to Maximize a Personal Injury Settlement

Keeping meticulous records of the accident may also help the injured party prove that the at-fault party indeed caused his or her personal and property injury. Auto accidents, for example, happen rather quickly and suddenly. Often, finding the sequence of events that caused an auto accident requires analyzing detailed records. By taking photographs, videos, and written statements about the accident, the injured party can build his or her case to prove that his or her injuries are from the accident and that he or she is not at fault.

Refraining from making admissions at any time, specifically, directly following the accident, is important to preserving the injured party’s case and strengthening his or her ability to negotiate with the insurance company for a settlement offer. After an accident, the injured party and other involved parties will likely be in a state of shock, and it is common for people to make apologetic statements. These statements, while seemingly harmless and likely not intended as an actual admission of guilt, can be used against the parties later. For injured people, this can potentially impact the settlement amount.

Maintaining records of injury-related medical and other expenses following the accident may also be beneficial to the injured party in negotiations with the insurance company or at-fault party. If the injured party can support his or her requests for reimbursement with receipts, for instance, the insurance company or at-fault party may have a difficult time disputing the validity of the underlying charges.

The injured party is also encouraged to make sure that any settlement offer he or she considers adequately addresses non-economic damages (e.g., pain and suffering) and future economic damages. For example, the insurance company might offer to compensate the injured party for all medical expenses incurred but leave out consideration for loss of future earning potential or lost wages. An injured party in this situation would likely benefit from rejecting the insurance company’s offer and countering with his or her offer, or seeking the advice of a personal injury lawyer.

Typically, you do not have to pay taxes on settlements in personal injury cases. Anyone who expects to recover an award...

Factors that can impact your chances of winning your personal injury case include the circumstances of the accident, the law...

What Is a Good Settlement Offer in a Personal Injury Case?

A good settlement offer will typically be an offer that makes the injured party whole. Such an offer would likely...