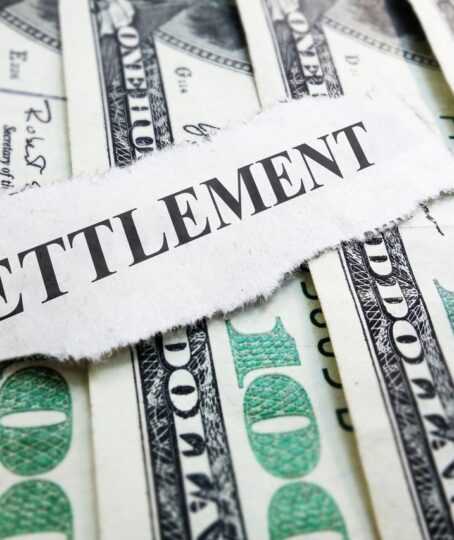 Workers’ compensation settlements are legal instruments that often contain technical terminology and complicated provisions. Workers’ compensation attorneys often help victims negotiate work injury settlement agreements and understand their legal rights after a workplace accident. If claimants do not understand these contracts before they sign, they may find themselves giving up numerous legal rights. Unfortunately, many claimants who don’t work with injury lawyers only discover what they are getting, and what they are giving up, after it is too late.

Read This Before You Sign Your Workers' Comp Settlement Agreement

Some workers' compensations claims are large enough that the claimant and the insurance company agree upon a one-time settlement instead of benefits that are paid out periodically or as necessary. Insurance companies may offer a lump-sum settlement to clear their books of the claim. Claimants may find it beneficial to get all of their money at once. Lump-sum payments usually occur when the injured employee is expected to be out of work for an extended period of time or is unable to work again.

Insurance companies offer lump-sum settlements for a reason. An insurance company's priority is to protect the company's bottom line and to limit what they pay out for a claim. Companies consider how much they may need to pay out over the long term. The amount offered to a claimant in a settlement agreement is often significantly less than insurers would pay over the life of the claim.

Injured workers should consider the trade-offs that exist when signing an agreement with an insurance company. The workers' compensation settlement agreement will contain a release clause. This clause releases the insurance company from further liability in connection with the claim. The release states that the insurance company does not have to pay additional benefits in connection with the claim. Claimants may experience a shortfall if they are unable to return to work for longer than expected, have additional medical expenses, or if they miscalculated the value of their claim, or settled their claim for too little. Claimants will not be able to go back for additional compensation upon signing a release.

Release clauses can vary significantly in a settlement agreement. Workers' compensation attorneys can help injured employees negotiate with the insurance company to keep the medical expenses included in the claim open and just settle lost wages. To know which claims may remain and which go away, it is essential to comprehend the language of the release clause. Insurance companies may add language to the settlement potentially depriving the victim of his or her legal rights.

Some employers may also try to take advantage of the workers' compensation settlement process to get rid of employees they no longer need. Some settlement agreements require the worker to resign from his or her job. That may not be an issue if the employee knows that he or she can never work again. It is more of a problem if the absence from work was not expected to be permanent, and the employee wants to return to work. A voluntary resignation can also interfere with a worker's ability to claim unemployment benefits in the near future.In some cases, when injured employees agree to resign, the settlement agreement will include a clause stating that the worker must release all existing claims against the company. These might include sexual harassment claims or claims for unpaid wages.

Some settlements may be structured so that the injured worker receives the payment in installments as opposed to a lump sum. A claimant must know how the payments will be made, when they will be sent, and the duration of the installments. The victim's attorney fees will also need to be considered. Workers' compensation attorneys are paid a percentage of the work injury settlement. Some agreements state that the insurance company will pay the lawyer directly. Others will make it the claimant's responsibility to pay the attorney on his or her own. Finally, some agreements may require that some money is set aside for Medicare.

Injured employees often hire a work injury attorney when negotiating a workers' compensation settlement agreement. Workers' compensation attorneys can explain what the included clauses in the contract mean, help determine the value of a victim's workplace injury claim, and advise on whether the settlement offer is a good deal for the injured employee.

Other workers' compensation resources you will be interested in:

How Much Does it Cost to Hire a Workers’ Comp Attorney?

The cost to hire a workers’ comp attorney will depend on factors, such as the benefits recovered. If you have...

Workers’ Compensation Investigations and What They Look For

If you have been injured at work, you may need to know about workers' compensation investigations and what they look...