Why Hire a Paraquat Lawsuit Lawyer 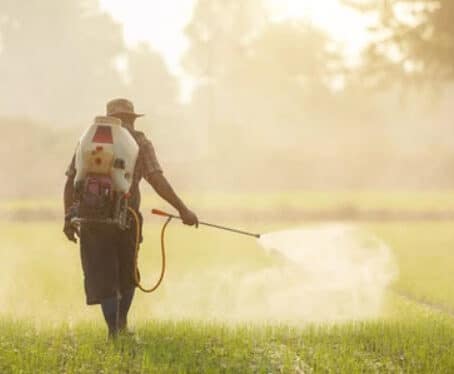 Agricultural workers injured at work because of exposure to Paraquat can file a product liability lawsuit against Paraquat manufacturers.

A growing body of research has found a link between Paraquat use and Parkinson’s disease. Paraquat has been used as a weed killer for decades. Exposed victims may be eligible for compensation for their injuries.

Agricultural workers can file workers’ compensation claims with the help of a workers' comp attorney near them. If exposure to Paraquat is to blame for their injuries, they may also file Paraquat lawsuits against Syngenta to receive compensation.

Numerous studies show Paraquat to increase the risk of people developing Parkinson’s disease. A 2011 study found farmworkers using Paraquat to be 2.5 times more likely to develop Parkinson’s disease.
The Unified Parkinson's Advocacy Council (UPAC) urged the Environmental Protection Agency (EPA) to ban the use of Paraquat in the United States in 2017, with 32 countries already banning it.

In its letter, the UPAC presented many studies and claimed chronic Paraquat exposure increased the risk of contracting Parkinson’s disease by 200% to 600%. By 2019, the UPAC had informed the EPA of the link between exposure to Paraquat dichloride and the subsequent diagnosis of Parkinson’s disease. The agency is still yet to ban Paraquat use.

Reasons Syngenta can be held liable in Paraquat lawsuits include:

Paraquat targets mitochondria in the cells, which generate the energy the body requires to function properly. It interacts with cytochrome P450 enzymes, interrupting the energy creation process. The mitochondria shut down when they cannot create energy, causing cell death and in various cases, resulting in Parkinson’s disease.

Victims can be exposed to Paraquat through skin contact, inhalation, and eating or drinking. Exposure to Paraquat for extended periods of time has been found to make victims prone to health concerns like kidney damage, heart failure, liver failure, lung scarring, impaired movement, and weakened immune system.

Qualifying to File a Paraquat Lawsuit

People exposed to Paraquat who have symptoms consistent with Parkinson’s disease but have not gotten a diagnosis should seek immediate medical attention. Symptoms include slow mobility, changes in general speech and speech patterns, stiff limbs and torso, tremors in hands, impaired posture and balance, and hunching forward.

A victim can receive financial compensation to pay back all the aspects of his or her experience because of developing Parkinson’s disease. These damages include economic and non-economic losses.
Victims can secure compensation for medical expenses, costs of rehabilitation, and home care.

Parkinson’s disease can be debilitating, and its progression can force people to miss work or leave their jobs. Victims can be eligible to receive lost wages and may also receive compensation for the non-economic losses caused by Parkinson’s disease, such as emotional distress and pain and suffering.
An injury attorney can help a victim receive financial compensation through a paraquat settlement, class-action lawsuit, or multidistrict litigation (MDL). The exact amount of compensation varies based on the specific case and the extent of injuries.

Not all victims of Paraquat have the same experiences. The details of a victim's situation will determine the compensation that he or she can ultimately recover. Defendants may work against victims to decrease their compensation for damages caused by Paraquat. Attorneys help victims calculate damages accurately to enable them to receive maximum compensation.

Have Any Paraquat Lawsuits Been Filed?

Many Paraquat lawsuits have been filed by individuals exposed to the herbicide. In most of these lawsuits, the victims say Paraquat exposure made them contract Parkinson’s disease. In some lawsuits, people say the exposure led to other injuries like kidney diseases.

People can develop Parkinson’s disease many years after becoming exposed to Paraquat. Therefore, the number of Paraquat lawsuits is expected to keep growing.

Other workers' compensation articles you will be interested in:

How to report a work injury & how long you have

Employer Retaliation Lawsuit: The What & How

Employer Retaliation After Filing a Work Injury Claim? If an employer fires a worker because he or she filed a workers'...