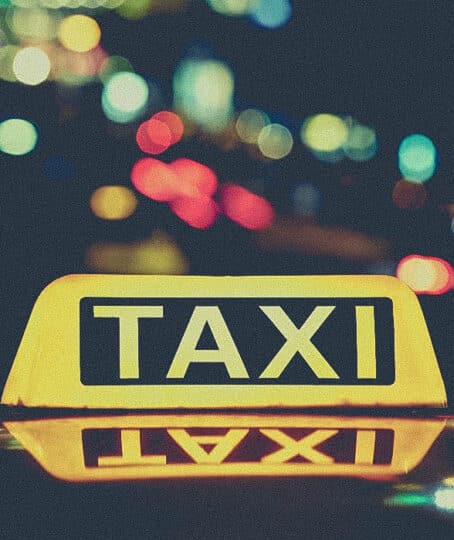 Who Is Liable for Taxi Cab Injuries?

In cities and other densely populated locations, traffic accidents may involve taxis, either as the liable party or a victim. For instance, an accident could result from a taxi hitting a victim's vehicle, or an accident victim might be a passenger in a taxi at the time of an accident.

You may wonder if the fact that a taxi is involved affects your ability to file an accident claim. Victims of accidents involving taxis should be able to file a claim against one or more liable parties, including taxi drivers and taxi companies. While it may be possible to sue these and other parties, it's important to understand that the nature of taxis and the taxi driver occupation may impact the case. This is because taxi drivers often rely on their taxis to earn a living wage and support themselves, which makes these parties more likely to combat a car accident claim.

Depending on the circumstances of the case, it may be possible for individuals to sue additional parties, as well.

When a Taxi Hits Your Car

An accident in which a taxi hits your vehicle is considered a conventional, two-car accident. If you choose to file an accident claim in these instances, you will need to prove who was a fault for the accident. You must also prove that the taxi driver's negligence that led to the accident caused defined damages, including injuries. Generally, if you can show a taxi driver's negligence caused an accident and subsequent damages, you may be able to successfully sue him or her for compensation.

When You're a Passenger in the Taxi

What to Do After a Car Accident Involving a Taxi

Like other types of accidents, there are certain steps you should take when you are involved in an accident involving a taxi. Taking these steps can help improve your recovery process and even maximize personal injury settlement amounts.

If you get into an accident involving a taxi, and you are one of the drivers, the very first thing you should do is move the vehicle to a safe location, if possible.  You should then check for injuries. If no one is injured or requires immediate treatment, you can begin collecting the names, insurance, and contact information of all people involved. Additionally, it's important to get the details of nearby witnesses who saw the accident.

The next step to take is to capture photos or video footage of the accident, including the scene, vehicles involved, injuries, damage, and debris. If the damage involved is minor and there are no injuries, it may not be necessary to contact the police to report the accident. However, if anyone sustains injuries and damages are high, the law often requires you to contact the authorities. Filing a police report not only ensures that you comply with the law, it can also generate an official version of events that might support your claim.

After resolving the accident itself, victims who sustain even mild injuries should visit a medical professional as soon as possible. Victims involved in accidents may not experience serious symptoms at first. However, symptoms of injuries can become apparent later. Delayed symptoms are common in accidents, particularly if adrenaline at the time of the accident prevents victims from feeling pain.

Seeing a medical professional can help you begin the recovery process and provide you with proof of your injuries. This may further support your claims when filing against insurers and negligent parties.

In a taxi accident claim, victims may seek compensation for a variety of damages that result from the accident and another party's negligence. The damages may include various monetary damages, including medical expenses, income loss, and pain and suffering.

In some cases, if the conduct is serious enough, the court may award punitive damages in addition to other damages. The purpose of punitive damages is not to compensate the victim, but to punish the at-fault party. They are meant to prevent similar actions in the future.

Working With an Attorney to File a Claim

If you are in an accident involving a taxi and wish to file a claim or lawsuit for negligence, it's often in your best interest to consult with an experienced taxi accident lawyer. During a free consultation, an attorney can answer various questions such as – What options do I have? --  and – Is distracted driving negligence? He or she will also be able to determine if it's possible to recover compensation based on the circumstances.

An attorney may also help organize a successful claim if he or she decides to handle your case. The attorney can take the time to collect evidence to help prove negligence. At the same time, victims can focus on recovering until they reach maximum medical improvement (MMI), which is the point when doctors determine that the patient has recovered as much as possible.

Depending on the case, attorneys may also be able to provide representation during the trial process if the case goes to court. This is critical, as victims usually do not have courtroom experience and may not be able to represent themselves effectively.

When suing negligent parties after a car accident involving a taxi, victims may sue the taxi driver, the taxi company, another driver, or another negligent party, depending on how the accident occurred. Taking the right steps will improve the chances of successfully filing an accident claim or lawsuit against any of these negligent parties.

Questions to Ask When Hiring a Truck Accident Lawyer

If you have been in an accident with an eighteen-wheeler and need legal representation, knowing what questions to ask when...

Distracted driving may be considered negligence, depending on the type of distraction, the law of the state in which the...