Why You Need a Boom Lift Injury Lawyer 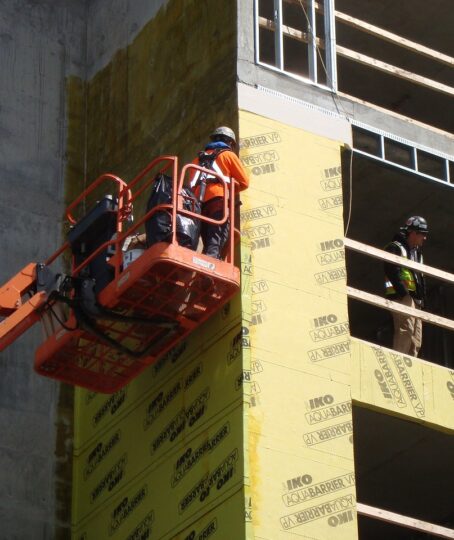 Wondering if you need a boom lift injury lawyer? A recent Chicago accident spotlighted some of the dangers that boom lift workers face on the job and the need for heightened safety. Lifts are dangerous machines that lift people high off the ground. They are vulnerable to human error and any defects in the boom lift itself.

In the recent tragedy, two workers were in a boom lift working on a parking garage in Lisle. The rear wheels of the lift broke the concrete flooring of the garage, causing the boom lift to tip. Both of the constructions workers were ejected from the lift. One worker died from the fall. The other was taken to the hospital. This preventable accident renews the focus on boom lift safety.

Why Boom Lifts Are Used at Job Sites

Boom lifts are used to elevate workers in the air to perform work at heights. Elevated tasks may include maintenance duties such as tree-trimming and working on wires. Boom lifts are used primarily in the construction and telecommunications industries. With the workers elevated so far off the ground, they may face several risks. The most obvious risk is a fall when something goes wrong with the boom lift. Another major danger is electrocution because these employees are often working near power lines.

According to the Centers for Disease Control, nearly 1,400 people were injured in aerial lift accidents from 2011 to 2014. Sadly, 87 of these workers were killed. Many of these injuries were due to falls from the boom lift. A variety of factors, like weather conditions and defective lifts, can play a role in these accidents. In one recent accident, two employees were killed when high winds blew over their boom lift, causing them to fall 125 feet.

OSHA has numerous safety standards that govern the operation of boom lifts. These include:

Unfortunately, employers do not always follow these OSHA rules (check OSHA safety violations). Their negligence causes hundreds of workers to be injured each year. While OSHA investigates accidents and could punish employers for rule violations, this happens after the fact. It does nothing to protect workers like the ones who were injured in the recent boom lift accident. Avoiding these accidents begins with an emphasis on boom lift safety.

Employers need to be proactive about boom lift safety. The centerpiece of this is training. When using aerial lifts in dangerous conditions at job sites, companies need to adopt a culture of safety, protecting their workers above all else. They must rigorously maintain the aerial lifts and only use them in safe weather conditions. The operators should only be allowed to operate the boom lifts when their employer is confident that they are knowledgeable about proper operating techniques and safety procedures.

An injured worker may also be able to sue the maker of the boom lift in a product liability lawsuit. The grounds would be that the boom lift was defective. Usually, this would lead to more money than the victim could be awarded in a workers' compensation claim. Defective boom lift jury verdicts could reach seven figures. For example, in 2018, a Washington jury awarded a plaintiff over $19 million for serious injuries suffered in a boom lift accident. The boom lift was defective because a kill switch trapped a worker in the air. He injured both of his legs trying to climb down from the boom lift.

Workers injured in boom lift accidents often consult with an attorney to see whether they are better off filing for workers' compensation or pursuing a personal injury claim against someone else who may be responsible. In some cases, multiple parties may be able to be held liable for injuries caused by boom lift accidents.

How Much Does it Cost to Hire a Workers’ Comp Attorney?

The cost to hire a workers’ comp attorney will depend on factors, such as the benefits recovered. If you have...

Workers’ Compensation Investigations and What They Look For

If you have been injured at work, you may need to know about workers' compensation investigations and what they look...